On August 24, 2015, a robbery occurred at Venicia Diamond Jewelry store located at 460 Ridgedale Avenue, East Hanover, New Jersey.  The suspect entered the store between the hours of 11:45 AM and 12:19 PM, and removed various items from the store. The suspect fled in an unknown direction.

The suspect is described as a white male, approximately 30 years of age, approximately 5’11” in height and having a medium build.  The suspect had short, dark brown or black hair, a mustache and a goatee.  At the time of the incident the suspect was wearing a black shirt, blue jeans, a baseball cap and dark sunglasses. 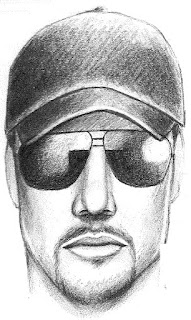 Law enforcement authorities have developed a sketch of the suspect.

Any inquiries can be directed to Deputy Chief Denise H. Arseneault at 973-285-6262 or [email protected].