Skip to content Skip to navigation
Skip to content
Morris County Prosecutor Fredric M. Knapp and Chief of Investigations John R. Speirs announce the implementation of a Driving While Intoxicated (DWI) checkpoint this weekend in Randolph Township, New Jersey.
The checkpoint is a result of a grant the Morris County Prosecutor’s Office has received from the State Division of Highway Traffic Safety Administration to conduct DWI checkpoints at various locations throughout Morris County.  The County DWI Enforcement Grant is designed to establish checkpoints in cooperation with municipal departments throughout Morris County.
A checkpoint is scheduled this weekend in Randolph Township.  Further dates will be announced in the future.  The grant is in effect until the end of September 2016.
Any inquires can be directed to Deputy Chief Denise H. Arseneault at 973-285-6262 or [email protected].
Morris County Prosecutor Fredric M. Knapp previously announced the participation in this year’s Break the Silence Conference on Prevention of Domestic Violence Against Women which was held on Saturday, October 17, 2015 from 9:00 A.M. to 12:00 P.M. at the Presbyterian Church, 57 East Park Place, Morristown, NJ. 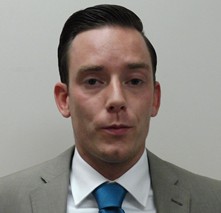 Morris County Prosecutor Fredric M. Knapp and Chief Mark Spitzer of the Mount Olive Township Police Department announce the arrest of Phillip Johnson, 28 years old, of Mount Olive, New Jersey, for Invasion of Privacy, Witness Tampering, and various counts of Endangering the Welfare of Children.
On September 8, 2015, Defendant was charged with Invasion of Privacy, a crime of the third degree, and Witness Tampering, a crime of the third degree.  Those charges stem from allegations that Defendant filmed multiple women engaged in sexual encounters without their knowledge. That case remains under investigation, as the women are still being identified.
On October 13, 2015, Defendant was also charged with one count of Endangering the Welfare of Children, Permitting a Child to Engage in Child Pornography, a crime of the first degree; and one count of Endangering the Welfare of Children, Manufacturing Child Pornography, a crime of the second degree.  The Honorable Brian J. Levine, J.M.C., set bail at $25,000 with 10% cash option.  Conditions of that bail include: no contact with the victim; no contact with children under the age of 18.  The alleged victim in this matter is an 18 year old female, who reported that she had engaged in an act of sexual contact with Defendant when she was 17 years of age. The investigation revealed that Defendant filmed the sexual encounter without her consent or knowledge.
The investigation into the allegations of Invasion of Privacy is ongoing, and law enforcement is actively seeking to identify those woman that were filmed during these sexual encounters.
Anyone with information relating to this ongoing investigation is urged to contact the Morris County Prosecutor’s Office Sex Crimes/Child Endangerment Unit at 973-285-6200 or the Detective Bureau of the Mt. Olive Police Department at 973-691-0850.
Prosecutor Knapp would like to thank the continued efforts of the Mount Olive Township Police Department, specifically Det. Eric Krouse and Sgt. Luis Sanchez; and the Morris County Prosecutor’s Office Sex Crimes/Child Endangerment Unit.
A criminal complaint is merely an accusation.  Despite this accusation, the Defendant is presumed innocent unless and until he or she has been proven guilty beyond a reasonable doubt in a court of law.
Any inquiries can be directed to Morris County Deputy Chief of Investigations Denise H. Arseneault at 973-285-6262 or [email protected].

Christoph Kimker attended Seton Hall University graduating in 1992 with a B.A. in Political Science, and in 1995, he earned a M.A. in Environmental Management from Montclair State University.

In 1992, Christoph Kimker was hired by the County of Morris as an Environmental Specialist where he supervised the Environmental Services Unit. Among other responsibilities, the position included the coordination of the County Environmental Health Act (CEHA), and the Morris County Hazardous Material Team.